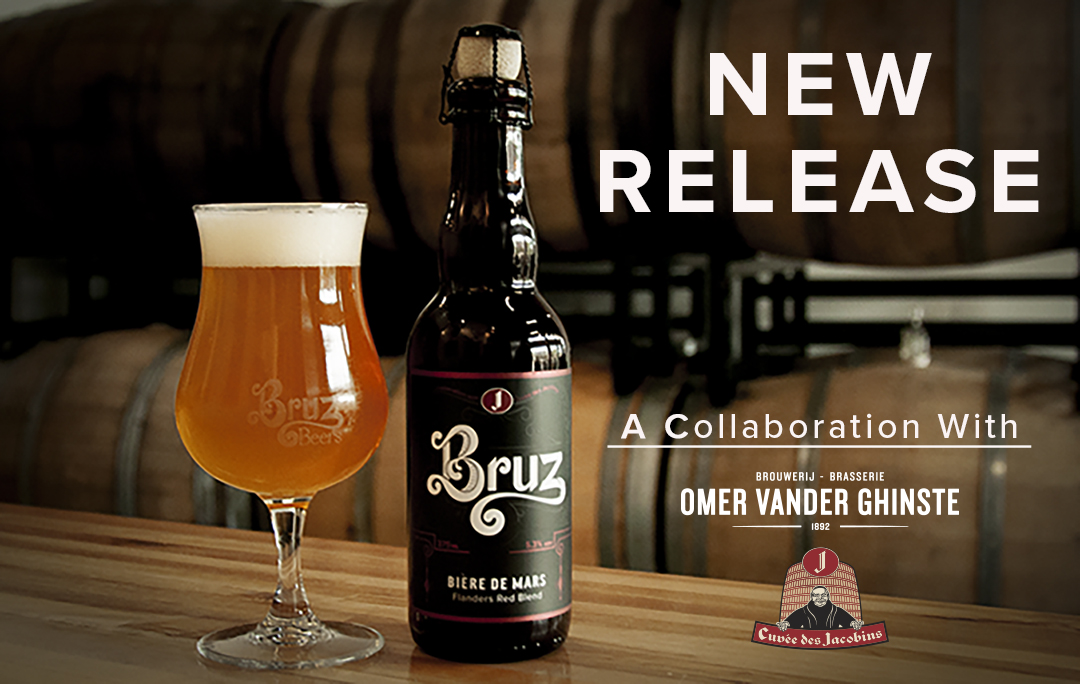 Denver, Colorado (January 18, 2021) – Bruz Beers of Denver, Colorado has partnered with world-renowned brewer Omer Vander Ghinste of Bellegem, Belgium to bring Colorado beer enthusiasts a special limited series Belgian-style beer collaboration. Bière de Mars is the first beer in the series and is now available for purchase on draft and in 12-ounce bottles exclusively at its two north Denver locations: Bruz Beers Brewery and Taproom and Bruz Off Fax.

Bruz Beers co-founders Ryan Evans and Charlie Gottenkieny add: “We have always wanted to do a collaboration with a traditional Belgian brewer, and we are thrilled to be working with the legendary Omer Vander Ghinste. The original plan was to brew the beer in Belgium, but the coronavirus got in the way, so the two breweries came up with the idea of brewing transatlantic.”

Omer Vander Ghinste is renowned for its award-winning Belgian-style beers such as Bockor, Cuvée des Jacobins Flemish ales, LeFort* and Tripel LeFort*, OMER. Traditional Blond and VanderGhinste Oud Bruin. These beers are made available nationwide exclusively by Artisanal Imports. *Not available in the United States.

Two more collaboration beers are planned for this limited series in the coming months and will be announced on the Bruz Beers website and its social media accounts at Facebook, Instagram and Twitter. Be sure to follow Bruz Beers so as to not miss these releases.

For interview opportunities with Bruz Beers or Omer Vander Ghinste, or for more information about Bière de Mars or the collaboration series, please contact Crystal Bunger at +1 (512) 440-0811 or by email at media@artisanalimports.com.

About Bruz Beers: The acclaimed Bruz Beers was named “Top 25 Craft Breweries in Colorado” by Yelp, and it is dedicated to brewing traditional Belgian-style beers and innovative Belgian-inspired brews. It offers a wide range of Belgian-style seasonal and limited releases on tap at its two north Denver area locations or for takeaway in crowlers, bottles and cans.