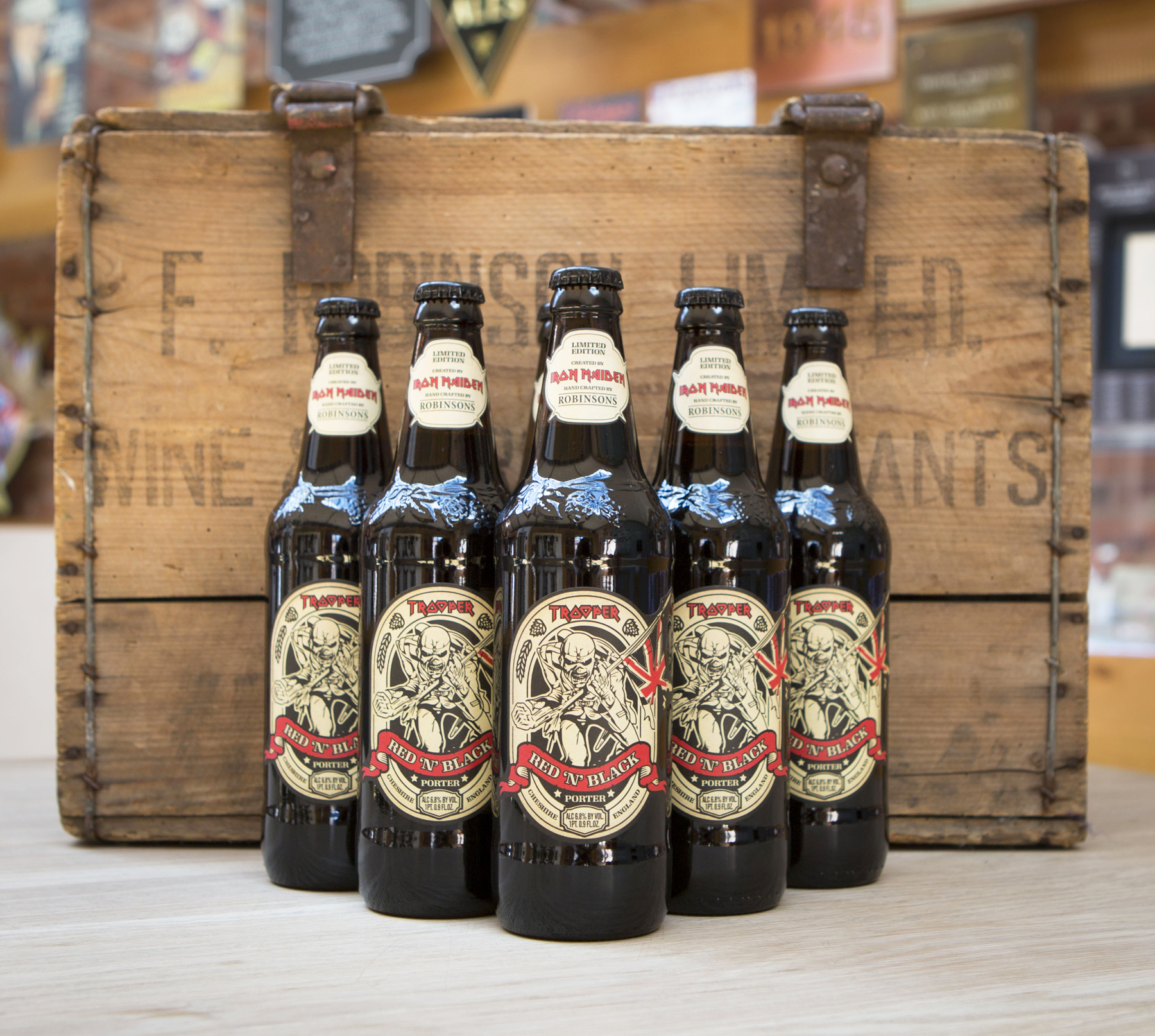 Austin, TX (May 18, 2022) – Iconic heavy metal rock band IRON MAIDEN is suiting up for the highly anticipated U.S. leg of its Legacy of the Beast World Tour ’22 kicking off September 11th in El Paso, Texas. Artisanal Imports, the exclusive U.S. importer of Robinsons Brewery and the band’s world-renowned TROOPER line of beers, is excited to announce that fans and beer lovers can rock out with new product releases ahead of the tour at select retailers nationwide.

First available is TROOPER Senjutsu – a special-edition box set featuring 3 bottles of TROOPER Sun and Steel Saké Lager alongside a commemorative glass. TROOPER Sun and Steel is a double-fermented pilsner infused with sake to produce a crisp refreshing taste. This limited-edition box set is named after Iron Maiden’s 17th studio album, Senjutsu (2021) which received tremendous critical acclaim and worldwide commercial success – reaching #1 in the charts in 24 countries. Collectors and fans alike will notice a limited-edition Sun and Steel label, featuring the Japanese warrior artwork found on the Senjutsu album cover. Returning to the U.S. in June for the first time since 2018 is TROOPER Red ‘N’ Black. This 6% ABV porter presents a blend of chocolate and crystal malt that gives this full-bodied beer a roasty, caramel backbone. Robinsons Brewery’s yeast provides hints of licorice and honey to create a delicious warming brew. The beer is available in 500ml limited-edition bottles, which arrive in 12-pack branded cases resembling wooden shipping crates.

Red ‘N’ Black is named after a song on IRON MAIDEN’S 16th studio album, “The Book of Souls,” and the label was designed by IRON MAIDEN lead vocalist Bruce Dickinson in collaboration with the head brewer of Robinsons Brewery in Stockport, England.

About Iron Maiden: With over 100 million albums sold worldwide, Iron Maiden is considered one of the most successful heavy metal bands in history, having played over 2000 live shows internationally throughout a career spanning over four decades. Iron Maiden’s famous mascot, “Eddie”, has been a steadfast figurehead over the band’s 16 studio albums, the most recent of which is their first ever double and topped the chart in over 40 countries. For more information on the band, their tour and beer, head to http://ironmaiden.com/.

About Robinsons Brewery: A proud family of independent brewers, Robinsons is one of the most advanced and sophisticated breweries in the U.K., with a worldwide reputation for real ale. Robinsons applies decades of experience to create exciting new varieties and choices of flavor that encourage drinking excellence.

About Artisanal Imports: Artisanal Imports, Inc. is a leading importer, seller, marketer and compliance manager of international and domestic craft breweries and cideries with a concentration in European brewers. Its portfolio includes the following producers: