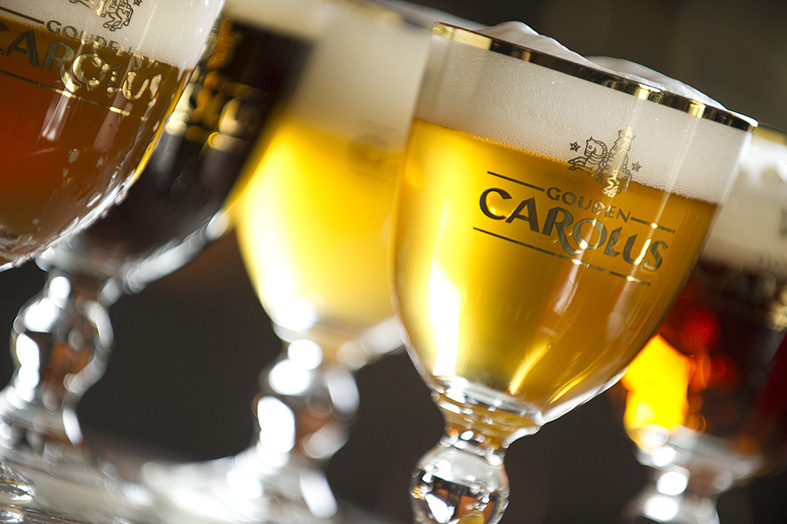 North America (May 17, 2021) – Artisanal Imports is excited to announce that it has partnered with Brewery Het Anker of Mechelen, Belgium to be its sales and brand management representative for the United States. Het Anker is known throughout the world for its Gouden Carolus range of award-winning Belgian ales.

This is exciting news for Belgian beer lovers across the United States as the Gouden Carolus line makes a comeback after a two-year hiatus due to supply changes. Het Anker’s fully owned U.S. subsidiary Het Anker USA is the newly appointed import agency. Artisanal Imports has signed on to commercially represent and manage the Gouden Carolus brand and is actively re-engaging on- and off-premises retailers to start carrying or restocking these highly sought-after classic Belgian beers.

Arriving early in 2022 will be the new U.S.-exclusive Gouden Carolus Imperial Barrel, which is a variant of the Gouden Carolus “Cuvée van de Keizer” Whisky Infused that is aged with oak chips from Gouden Carolus Single Malt whisky barrels.

Charles Leclef, fifth-generation family owner of Brewery Het Anker, says: “I am proud and happy to see our beers leave for the U.S. again. We have had a long-established presence in the market and received many inquiries and requests about the availability of our beers over the past few months. The Emperor’s beer ‘Imperial Dark’ in particular has been a favorite of our U.S. customer base. It is with joy that we can finally announce that: ‘The Emperor’s back!’”

Bob Leggett, CEO of Artisanal Imports, adds: “Artisanal Imports’ knowledge and experience with Belgian beers is at our core. We have a deep understanding of Belgian brewing tradition and Het Anker is the embodiment of this heritage. We are thrilled to be able to reintroduce these world-renowned beers to the U.S. market and to work with retailers that are eagerly awaiting its return.”

The most anticipated returning beer is surely the Gouden Carolus “Cuvée van de Keizer” Imperial Dark. Each year on February 24th, Het Anker celebrates the birth of the Holy Roman Emperor Charles V by brewing this special limited-edition beer, the name of which translates to “Grand Cru of the Emperor” in English. This exceptional ale was awarded “World’s Best Belgian Style Strong” in 2015 by the World Beer Awards and it ages nicely, developing a refined complexity and intense aromas. With powerful notes of roasted malts, caramel and plums, its surprisingly soft and fruity aroma combines a warm roundness with a refreshing taste. This is undoubtedly an imperial brew to cherish and enjoy. The Gouden Carolus range are available to retailers nationwide in the following formats:

Interested in selling the Gouden Carolus range of Belgian beers in your retail store, bar or restaurant? Interested in becoming a distribution partner for Brewery Het Anker? Please contact Crystal Bunger with interest.

For interview opportunities with a representative from Brewery Het Anker, or for more information about Gouden Carolus line of beers including media samples, please contact Crystal Bunger at +1 (512) 440-0811 or by email at media@artisanalimports.com.

About Brewery Het Anker: Brewery Het Anker is a fifth-generation family brewery at the heart of the Grand Béguinage of Mechelen (Kingdom of Belgium), which is a recognized UNESCO world heritage site. At this unique location, beer has been brewed since the Middle Ages (1471). Emperor Charles V, who grew up in Mechelen, even had his favorite brew delivered to Spain when he lived there. The brand name “Gouden Carolus” is a reference to the gold coins used during his reign.

The brewery’s award-winning specialty beers are still brewed in the authentic brew hall with traditional copper kettles. The Gouden Carolus beer range is widely available in Belgium and exported to over 40 countries worldwide.